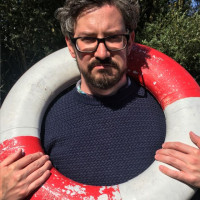 Having moved around the industry a bit during my career, I'm fairly well established now as a producer on studio based comedy entertainment shows. While all of these shows have their own quirks that I've had to adapt to, the core skills needed for them all have broadly remained the same. From working on these types of shows I've gain... Read More

Having moved around the industry a bit during my career, I'm fairly well established now as a producer on studio based comedy entertainment shows.
While all of these shows have their own quirks that I've had to adapt to, the core skills needed for them all have broadly remained the same.
From working on these types of shows I've gained vast experience of developing content that matches the intention and style of the programme in a way that keeps talent, execs and the channel happy.
Executing this content has included managing editorial teams and working with various departments to get the results that are desired (legal, editorial policy, art, costume, gag writers, director, graphic designers etc).
More recently, talking to lawyers about fair dealing and parody has probably taken up a disproportionate amount of my time.
From when I was an AP onwards I've frequently been across the studio script, even if it's just writing the first draft or managing changes.
I've spent many hours in the studio running around like I'm on fire working to the strict deadlines of a record.
I have experience of edit-producing offline edits and have some basic editing skills myself (I was trained on Avid at the BBC and have dabbled in Premiere & Final Cut).
I work mostly as a producer, but occasionally I get the odd writing gig and have had gags broadcast on a number of mainstream comedy entertainment shows
While I'm much more experienced in the studio I've also done some location work as well (probably the most famous example is Philomena Cunk's "Moments of Wonder"). I've filmed sketches, interviews and silly items, in some cases where I have been director as well as producer. While this has usually been with a crew, I have basic camera skills and have shot items for broadcast.
I used to perform stand up and performed in two Edinburgh shows and made it through to the semi-finals of two major national competitions. In September 2013, I was on BBC Radio 4extra where I performed my set for the 'BBC New Comedy Award'.
I've been to Edinburgh almost every year since 2010 and have always been keen on watching live comedy (For a short while I worked at Off The Kerb).
Before I settling in comedy entertainment I worked on other types of shows which included a stint on the task team at Big Brother, greeting politicians at BBC Westminster and dressing up as various characters on Nickelodeon's live continuity.
When I was at Children's BBC (around 2009/2010), I was much more hands on with everything than I get to be in 'grown-up' TV to the point that I've directed live television on BBC One. While I was there I scripted around 60 hours of content and developed around 120, mostly for Iain Stirling when he was partnered up with a puppet dog.
Early on in my career I spent a year working in development where I rightly or wrongly helped get MTV's 'Fist Of Zen' commissioned. Read Less