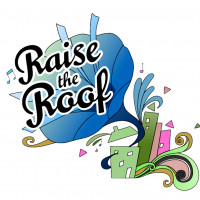 Based in Glasgow, we're the largest true independent in Scotland and one of Channel 4's biggest supplier.

We've produced more than 400 hours of original programming and created eight returning formats. All our brands have been taken to the international marketplace.

It's our ethos to:

We are proud to be an accredited Living Wage employer, a Disability Confident Committed employer, and the company has featured in the industry bible Broadcast, as one of the top 20 Best Places to Work in TV in 2017, 2018, 2019 and in 2020 we were named 8th Best Place to work out of 40 winners.

We are also an affiliate of the Albert scheme to promote sustainability within the television production industry.

As we grow, we'll remain true to our roots and continue to build on our achievements to date.

If you've worked for Raise the Roof Productions , add credits to your profile to appear here.

There are currently no jobs listed by Raise the Roof Productions