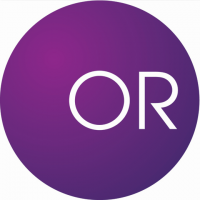 Our brand has become recognised for producing stylistic hard-hitting documentaries.

OR Media is a leading British production company. We make high-profile films for many of the world’s major networks, including Discovery, WDR, ARTE, SBS, Al Arabiya and Al Jazeera English. This diversity reflects our mission: to have the most talented film-makers telling the most important stories to the biggest global audience.

Founded in 1995, the company has a proud track record of producing award-winning films in a range of factual genres, from powerful BBC productions like Massacre at Virginia Tech and Make Me a New Face, to hard-hitting historical investigations and current affairs stories.

We’re known for our access, rigorous storytelling and editorial integrity – values forged by working in sensitive environments like the aftermath of an American school shooting, the court of the King of Jordan, and terrorist cells in Morocco.

If you've worked for OR Media, add credits to your profile to appear here.

There are currently no jobs listed by OR Media