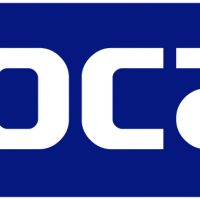 For over 25 years, we’ve been providing kit and crew to many of the biggest broadcasters, production houses and blue chip organisations throughout the UK and internationally.

Headquartered in Acton, West London with offices in Manchester, Edinburgh and Glasgow, we are the UK’s largest broadcast hire facility and employ over 150 of the country’s most talented crew and technicians. We always stock the latest in camera technology, from the highly sought after Arri Amira, to the workhorse of the industry, the F800. We’re also proud to offer the largest stock of HD cameras in the UK and just last year made the largest UK 4K investment in Sony F55’s.

Our service and expertise sets us apart. This is why we are the preferred supplier to the major broadcasters and many of the ‘Top 100’ production companies, including the BBC, ITV, Two Four, Objective, Monkey Kingdom and Endemol.

If you've worked for Procam, add credits to your profile to appear here.