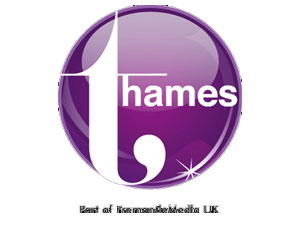 Thames is headed up by Richard Holloway, one of the UK's most experienced entertainment producers.

Broadcasting and producing programmes in every conceivable genre since 1968, the Thames label plays a prominent role in the history of the British television industry.

Split into two divisions, headed up by two of the leading talents in the genre: Suzy Lamb as Head of Productions and Andrew Llinares as Head of Thames/Syco Co-Productions, Thames continues to produce Britain's biggest and best entertainment programmes.

With shows including The X Factor, Britain's Got Talent ,Take Me Out and All Star Family Fortunes, Thames will continue to set the standard for the British entertainment genre.

If you've worked for Thames, add credits to your profile to appear here.

There are currently no jobs listed by Thames