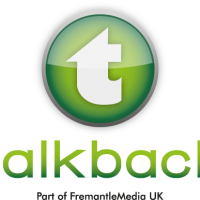 If you've worked for Talkback Thames, add credits to your profile to appear here.

There are currently no jobs listed by Talkback Thames